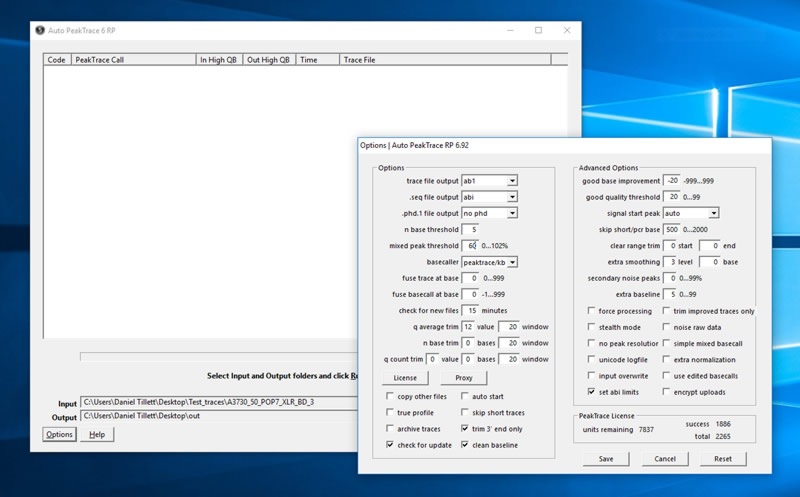 We have release Auto PeakTrace 6.92 for Windows. This update that supports a new method of removing minor peaks from under the major peaks, as well as many changes on the server side to improve processing and basecalling. The full list of changes includes.