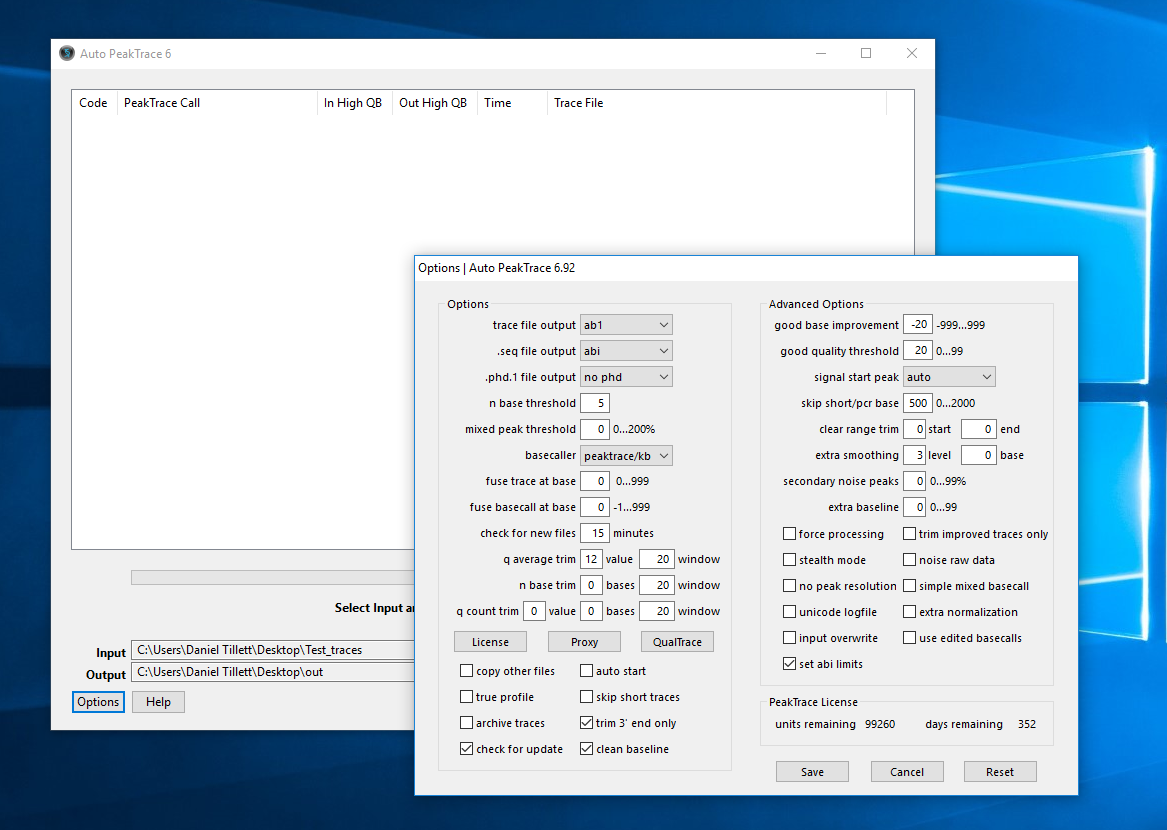 We have released Auto PeakTrace 6.92. This update supports a new method of controlling the removal of minor peaks from under major peaks as well of hundreds of small changes that add up to a major improvement to trace appearance and basecalling. The full list of changes includes.