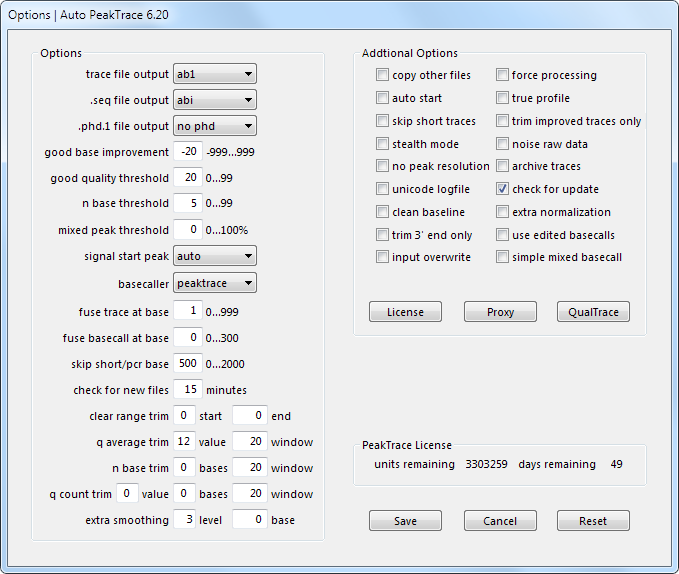 One thing we have noticed is many people are running old version of PeakTrace. While it is in general a good idea to use software you are familiar with, with PeakTrace it is best to keep up to date as much as possible. there are a number of very good reasons to use the latest version