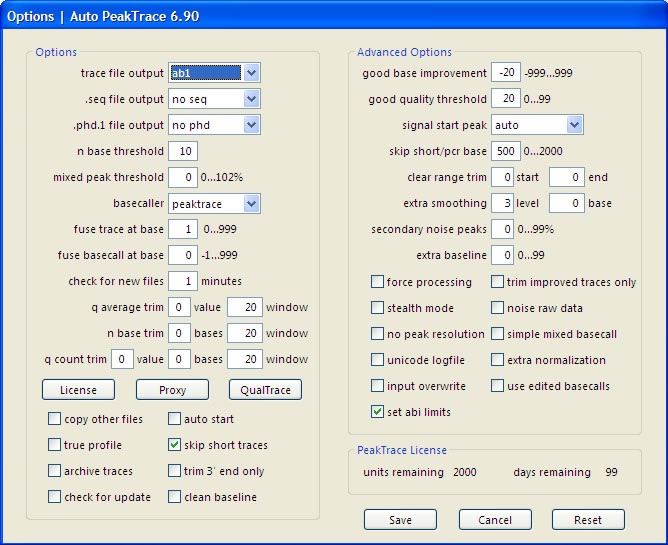 We have released Auto PeakTrace 6.90 and PeakTrace 6.90 for both Linux and Windows. This release contains a major overhaul of all the algorithms used in PeakTrace with the aim to improve low quality reads. This has not been a small or easy project, but we hope the improvements make the effort worthwhile as PeakTrace can now rescue many more marginal traces.

This update is highly recommended for all users of the Auto PeakTrace or PeakTrace 6.82 and earlier.