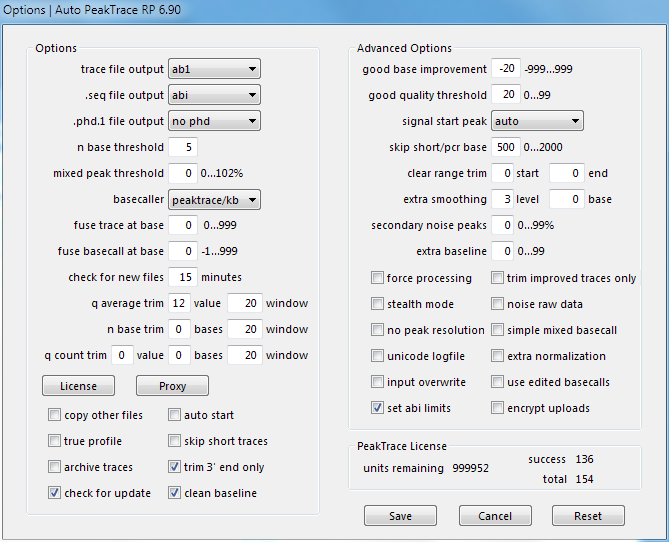 We have released Auto PeakTrace RP 6.90. This is a very large upgrade and a significantly improved version of the PeakTrace Basecaller. We have spent the last 6 months optimising all the algorithms and code focused on improving the read length and appearance of poor quality traces. We will be writing about the many improved features over the coming weeks.

This update is highly recommended for all users of the Auto PeakTrace RP or earlier.

An update for the standalone box versions of PeakTrace will be released in the next few days.